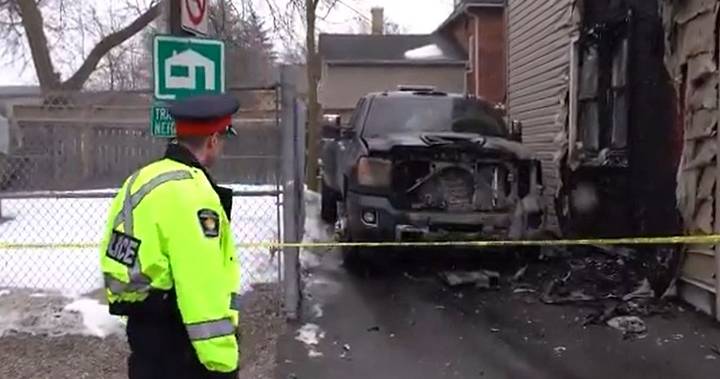 “The Greater Toronto Area has been the scene of violence between rival tow truck companies who have been fighting over financial profits from the towing of vehicles and, the most significant source of profit, the frauds following the initial tow,” York Regional Police said in a news release.

“The competition for control of the towing market has resulted in murders, attempted murders, assaults, arsons, threats and property damage.”

Police said in February that the investigation, dubbed Project Platinum, saw police forces across the region and the Canada Revenue Agency identify several organized crime groups working within the towing industry who used violence and property damage to gain control and territory within the industry.

According to police, the investigation revealed that Paramount Towing, owned by Alexander Vinogradsky, along with other rival towing groups, has allegedly been involved in defrauding insurance companies with vehicles involved in collisions and staged collisions.

“The tow companies partnered with auto repair shops, as well as car and truck rental companies, to carry out their frauds,” police said.

PROJECT PLATINUM – Charges laid in ongoing joint forces investigation into the tow truck turf wars that have been happening across the GTA. @OPPCommissioner @TPSOperations @CanRevAgency
For details click the link –> https://t.co/F2EQeuxYVd pic.twitter.com/4vYaWu5Oyx

On April 30 and May 1, warrants were executed in Brantford and Hamilton, where five suspects were taken into custody and charged.

Police have revealed that evidence seized in the search warrants includes:

“With the accused facing charges, and their assets seized, we expect the extreme level of violence we have seen in our community to diminish,” Supt. Mike Slack, officer in charge of organized crime and intelligence services with York Regional Police, said.

“We are confident our efforts will play a significant role in returning peace and lawful order to the towing industry,” Slack said.

Police said this is an ongoing investigation, and anyone with information is asked to call York Regional Police organized crime and intelligence services at 1-866-876-5423, ext. 7818, or Crime Stoppers anonymously at 1-800-222-8477.

“We are confident our efforts will play a significant role in returning peace and lawful order to the towing industry,” said Superintendent Mike Slack, officer in charge of Organized Crime and Intelligence Services. pic.twitter.com/mxNnjd8jHf