Calgary officer justified in fatally shooting man who tried to rob him at knifepoint in 2018: ASIRT – Calgary

The Alberta Serious Incident Response Team has ruled that a Calgary Police Service officer used reasonable force when he shot and killed a man during an attempted armed robbery in Bridgeland-Riverside three years ago, according to a news release issued Wednesday.

Late on April 9, 2018, a 27-year-old man was fatally shot by an undercover officer who was investigating an unrelated criminal matter near 2 Avenue and 6 Street N.E.

“While the 27-year-old man lived nearby, he was not known to the officer and was not associated with the matter the officer was conducting surveillance on,” ASIRT said.

At 11 p.m., the officer took a break from surveillance and sat in the driver seat of his unmarked vehicle with the doors closed and unlocked, according to the police watchdog.

“Without warning, his car door was opened, and the 27-year-old man stood alone in the open door, shouting and demanding that he hand over any money,” ASIRT said.

“The man produced a knife and threatened to stab the officer. The man blocked the door, preventing the officer from closing it and held the knife, which the officer described as having about a five-inch blade, approximately three feet from the officer’s head.”

ASIRT said the man kept yelling at the officer, demanding money and threatening to stab him.

“The officer acted as if he were reaching for his wallet but instead drew his CPS service pistol and began to step out of the vehicle with his left hand extended. He yelled at the man to get back while physically pushing him,” ASIRT said.

“The officer reported that he struck the man in the face with his pistol, which he had in his right hand, hoping to stun him and cause him to drop the knife but this attempt failed. As the man stood up after being pushed, he swung the knife in the officer’s direction, causing the officer, who was holding his service pistol close to his torso, to discharge a single round.”

The bullet from the .40-calibre gun hit the man in the upper chest, “causing him to immediately fall to the ground and drop the knife,” ASIRT said.

“During the ensuing scuffle, the officer received a small scrape at the top of his forehead. Immediately following the shot, the officer radioed for backup,” ASIRT said.

EMS declared the man dead at the scene. ASIRT has not identified him.

There were no other people around at the time of the shooting, ASIRT said, so there was no independent witness video. As a result, “significant investigative attention was focused on confirming or refuting aspects of the officer’s explanation.”

ASIRT said the officer “voluntarily provided evidence” to investigators, adding that “everything on scene was consistent with his account, and no evidence contradicted or conflicted with it.”

“It is important to recognize that the evidence is not intended to suggest Situs Slot Gacor that man was a bad person and therefore somehow deserved whatever happened to him,” ASIRT said, adding that every life has value.

ASIRT executive director Susan Hughson was satisfied that the officer’s version of events was reasonably reliable.

“It is important to note that the officer’s statement is not accepted simply because it is the only version available from someone present at the time,” ASIRT said.

“Great care was taken to ensure that the physical and other available evidence, including the position of the body, was consistent with that evidence.”

Man was searching for drugs without money

His partner told ASIRT that his drug use recently escalated Daftar Slot Gacor and they got into an argument that day.

Three witnesses from his home, including his partner, told investigators they believed the man was heading to a nearby convenience store in search of drugs without money.

“Investigators were advised that the man would become very agitated when he wanted or needed drugs and that he would steal to obtain money to pay for them,” ASIRT said.

“One of the witnesses indicated that about 20 minutes after the man left the residence, she heard a single gunshot followed by sirens. ASIRT investigators were told that earlier that day the man had talked about death and taking his own life but the witness did not believe the man was serious.”

ASIRT explained that suicidal ideation was not a factor in the event.

In the autopsy on April 11, 2018, ASIRT said the man’s cause of death was a “single gunshot wound to the chest,” but added that blunt force injuries to his jaw, chin and lips were present as well as evidence of drug use, “with needle marks visible on both arms.” The toxicology report confirmed that methamphetamine was in his body, according to ASIRT.

He usually carried a knife

The man’s partner told ASIRT that the man usually carried a knife.

“The information provided by those who knew him suggested that they expected that he would have to steal that money,” ASIRT said.

“This evidence is consistent with and corroborates the officer’s evidence that the man attempted to rob him at knifepoint.”

After DNA testing, ASIRT said that “the only reasonable inference was that this knife was in the man’s possession that day, both before and at the time of the incident.”

The officer’s gun was also swabbed, which corroborated him pistol-whipping the man.

Use of force justified

ASIRT explained that the attempted armed robbery created an urgent situation, “one capable of giving rise to an objectively reasonable fear of death or grievous bodily harm on the part of the officer.”

“It is important to note that at the beginning of the incident, the officer was seated inside his vehicle, somewhat unaware of events outside, when the man suddenly opened his door and brandished a knife,” it said.

“The officer had no role in initiating the Slot Gacor Terbaik confrontation, having been surprised when the door suddenly opened, and was placed in a situation where there was no viable way of avoiding the confrontation.” 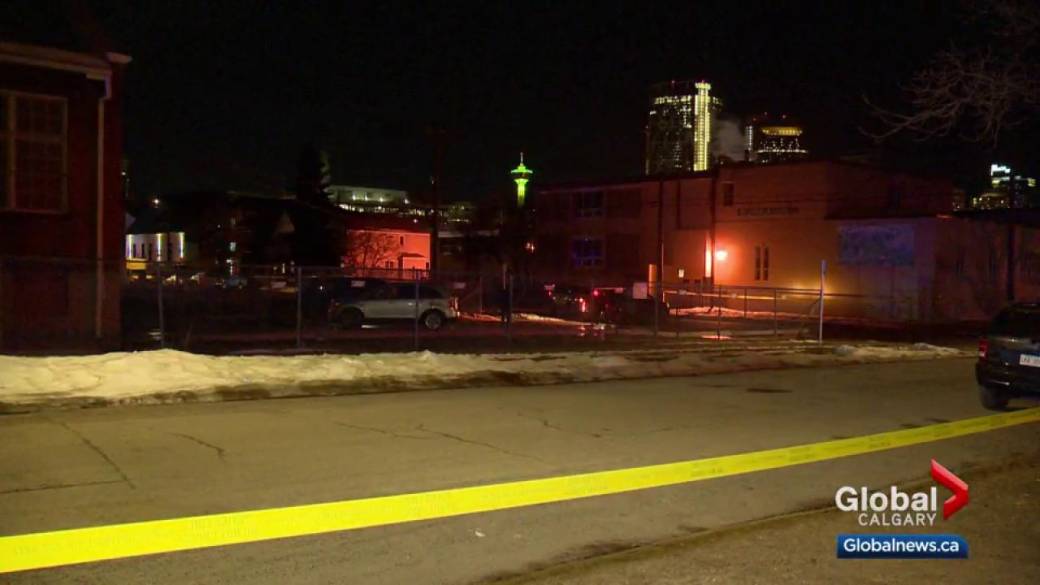 The police watchdog said the officer tried verbally and physically — by yelling and striking — to stop the confrontation before resorting to “lethal force.”

“The man’s continued possession of the knife, and his actions with that knife, presented a risk of death or grievous bodily harm,” ASIRT said.

ASIRT said the officer’s actions to defend himself were “reasonable in the circumstances.”

ASIRT said this case differed from other investigations because it involved “a confrontation that did not result from an encounter between a police officer attempting to deal with a person while acting in the execution of their duties.”

ASIRT said the man was likely not aware that he was targeting an officer, calling it an “unforeseeable coincidence.”

Regardless of the investigation’s outcome, “lives were profoundly changed on April 9, 2018,” ASIRT said.

“A person lost his life, a family and friends were left grieving, and a police officer who, by all accounts, had dedicated his life to public service was also irrevocably impacted,” ASIRT said.

“These events have a devastating impact for all involved, in many different ways.

“Simply because an event has been found lawful does not make the situation any less tragic.”