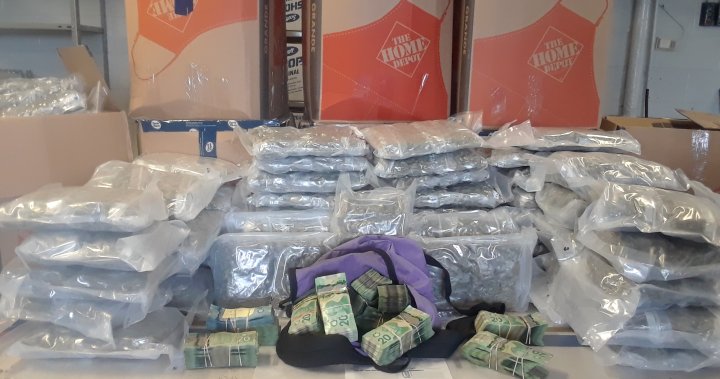 What began as a traffic stop for a motorist on a cellphone along Highway 401 ended with officers seizing hundreds of thousands of dollars worth of cannabis and cash, and two people charged, provincial police said Tuesday.

It happened around 2:30 p.m. Friday along Highway 401 near Dorchester Road in Thames Centre.

Details are limited, but police say they stopped the vehicle after an officer observed the driver using a cellphone.

Upon further investigation, police say around $802,000 in dried and packaged cannabis and $130,000 in Canadian currency was were located “within the interior” of the vehicle.

Two people were in the vehicle at the time, and both were taken into custody and transported to the OPP’s London detachment.

A 42-year-old Toronto man and a 35-year-old Beeton, Ont., man are both charged with possession of proceeds of property obtained by crime over $5,000 under the Criminal Code and possession for the purpose of distributing under the Cannabis Act.

The pair have since been released and will appear in court on Nov. 27.