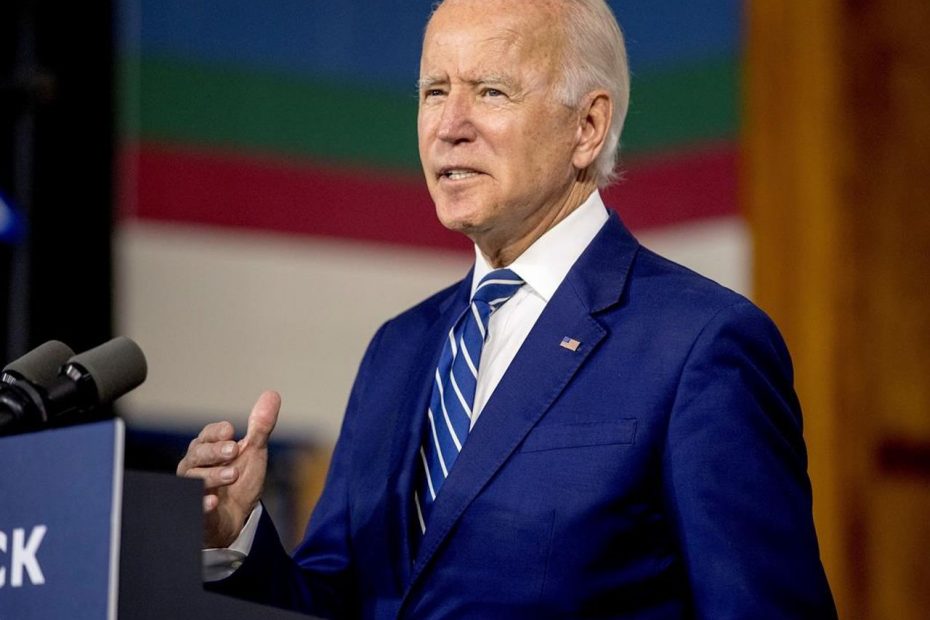 WASHINGTON – Reflecting presidential candidate Joe Biden’s careful positioning, a key Democratic Party committee on Monday approved a 2020 platform that presents a liberal outline for the country but rejects many policies pursued by the left’s most outspoken progressives.

The document, approved by Democrats’ platform committee on a voice vote, now goes to more than 4,000 Democratic delegates who will vote by mail on whether to approve the document ahead of the party’s August convention, which will take place almost entirely online because of the COVID-19 pandemic.

The final draft endorses universal health care coverage but, as Biden does, calls for a “public option” insurance plan to compete in existing private insurance markets as the next step. Committee members overwhelmingly rejected amendments to more explicitly endorse the single-payer insurance model like what Bernie Sanders pushed.

In a lengthy passage demanding an overhaul of the criminal justice system, Democrats decry the effects of a decadeslong “war on drugs.” But committee members rejected an amendment calling to legalize marijuana. The same section demands an end to police violence against Americans, but it does not endorse some activists’ calls to “defund the police.”

In total, the platform is part of Biden’s effort to balance the centre-left establishment that has been his political home for decades with the party’s ascendant progressive wing represented by high-profile figures like Sanders, Massachusetts Sen. Elizabeth Warren and New York Rep. Alexandria Ocasio-Cortez. In fact, the drafting process included a series of policy committees that Biden’s campaign convened with Sanders’ campaign after the Vermont senator finished as runner-up in the nominating fight. Ocasio-Cortez was included in that process, while Warren has emerged as a key policy adviser who talks regularly with Biden.

Biden’s goal has been to avoid the kind of rancour that hobbled Hillary Clinton’s general election campaign four years ago, even as President Donald Trump and Republicans lambaste the former vice-president as “captive” to a “radical left.”

The platform committee voted repeatedly Monday not to modify language that would push the party closer to embracing Sanders’ “Medicare for All” health insurance model, sticking with Biden’s preferred language promising to build on the 2010 health care law signed by President Barack Obama.

Abdul El-Sayed, an epidemiologist and former health commissioner for the city of Detroit, argued that the coronavirus outbreak demonstrates why the country needs a single-payer system like Medicare for All rather than just an expansion of the Affordable Care Act.

“We have an opportunity to go bigger because this moment demands it,” El Sayed said, arguing for an amendment that was eventually defeated.

Cecilia Muñoz, who was director of the White House Domestic Policy Council under Obama, countered that the platform was already shaping up to be the most progressive ever proposed by Democrats. She also noted that it incorporated the work of the Biden-Sanders task forces that had laboured to craft language to appeal across the Democratic spectrum.

“I’m proud and thankful that the Biden-Sanders unity task force has outlined such a progressive statement on our party’s views on this issue,” Muñoz said. “I believe we should retain that language, the language that they negotiated.”

On climate, the platform calls for rejoining international alliances of nations agreeing to sharp reductions in carbon pollution. Biden, after working with progressives, agreed explicitly to the goal of making the nation’s energy grid carbon neutral by 2035. That detail does not appear in the platform. The document also makes no mention of some Democrats’ Green New Deal legislative proposals that includes even more aggressive timelines.

The party’s discussion of law enforcement reflects the nation’s reckoning with systemic racism.

“Our criminal justice system is failing to keep communities safe,” the draft reads, adding that “police brutality is a stain on the soul of our nation.” The platform calls for “strict national standards governing the use of force” and for the nation to “reimagine policing for the benefit and safety of the American people,” with the U.S. Justice Department taking a more active role in collecting statistics on police violence and investigating departments where it is alleged. But the document stops short of activists’ calls to “defund the police,” reflecting Biden’s position on the matter.

Trump has sought to link Biden to the activists’ calls for eliminating traditional law enforcement.

Still, Democrats’ draft language on policing and law enforcement is significantly sharper than a much shorter section on the matter in 2016. That platform called for improving police-community relations but emphasized: “Across the country, there are police officers inspiring trust and confidence, honourably doing their duty … demonstrating that it is possible to prevent crime without relying on unnecessary force. They deserve our respect and support.”