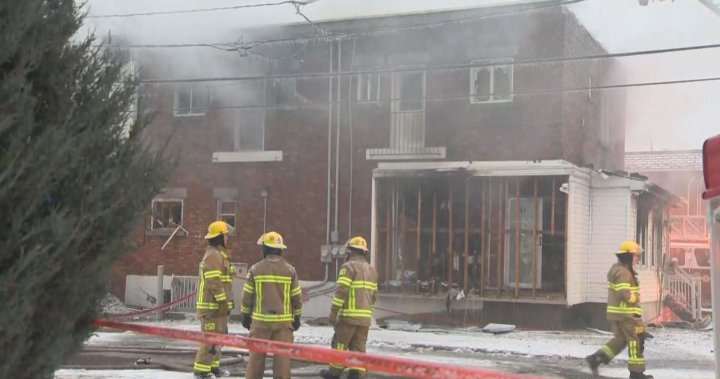 Laval firefighters have been battling a blaze that broke out in the middle of the night in a residential building on des Laurentides Boulevard in the Pont-Viau area.

In the early morning hours on Wednesday, no injuries had been reported but an evacuation of the building remained underway.

The fire department declared it a three-alarm fire, but there is no risk of any of the flames spreading.

During the event, firefighters also discovered cannabis plants were on the upper floor of the building.  Authorities say the plants could have been grown legally.

The fire started around 3 a.m. but authorities have not yet determined the cause of the fire. Upon arrival, firefighters were confronted with dense smoke that was mainly rising from the upper floor.