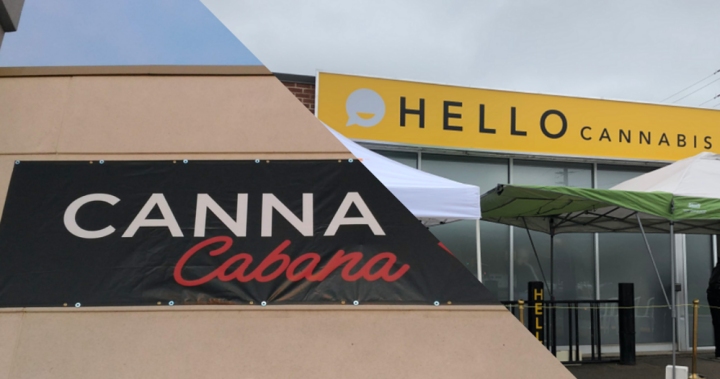 Several city councillors are voicing concerns about the proliferation of provincially-licensed cannabis stores in Hamilton.

Currently, there are about a dozen pot shops in operation throughout the city, but the Alcohol and Gaming Commission of Ontario website shows 53 others in the application stage.

Ward 8 Coun. John Paul Danko says they are “clustering” to target certain populations, pointing to Upper James Street on the central mountain where five of the proposed stores would be located.

There are “two strip plazas within a two-minute walk of this school,” said Whitehead, “both these strip plazas have applications for marijuana shops — now think about that.”

The provincial government, in setting the rules for licensed cannabis stores, required a 150-metre buffer from schools.

That distancing requirement was a disappointment to Hamilton City Council, which had argued back in 2018, for a minimum 300-metre separation from sensitive land uses such as schools, parks and community centres.

Ward 6 Coun. Tom Jackson predicts “it’s going to take a cannabis store opening up, or a cluster of them opening up, in a minister’s riding somewhere near some schools,” before the province realizes “we have a problem here.”

Jackson says one good thing to come from the COVID-19 pandemic is that it has delayed the processing of licenses for the new stores.