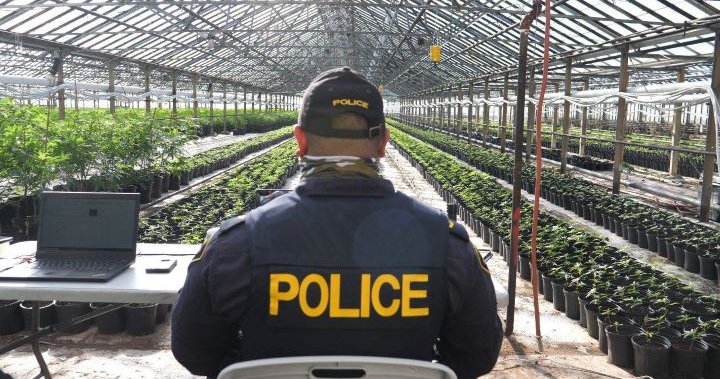 The OPP’s joint cannabis enforcement team says its members have seized more than $178 million in drugs and have closed 78 illegal cannabis storefronts over the last two years.

Investigators say they’ve also executed 152 warrants across Ontario and seized more than 180,000 cannabis plants, as well as $3.2 million in Canadian currency and more than $1.8 million in crime proceeds related to property, vehicles and firearms.

“We targeted the illegal storefronts in those areas that we had partnered with around the province,” OPP PJFCET Det.-Insp. Jim Walker told Global News Thursday.

“As we shut those stores down and gathered intelligence, we shifted our focus to the online space, as the criminals did, but then we also really started to look at the illegal cannabis supply.”

The country’s big and legitimate cannabis producers are licensed and heavily overseen by Health Canada, Wilson said. The problem, he noted, can sometimes be seen with individual people who apply to Health Canada to grow their own plants — a process that has less oversight.

“What we’re seeing is huge authorizations for each individual, authorizations of upward of 400 plants for one individual. You can have four of those registrations under one address,” Walker said.

“There is no oversight in that — or very little — and so what we’re seeing is the criminal element exploiting that, getting these registrations, putting them under one address and then flagrantly disregarding the amounts and overgrowing.”

“In some cases, illegal migrant workers are used to tend to these operations,” Walker added.

“The sheer size and scope of them is what is concerning because it’s not a mom-and-pop operation that’s simply overgrowing their amount by a couple plants. These are operations that are in the thousands of plants.”

Walker said illegal cannabis grow operations help to fund other criminal enterprises and that the enforcement team’s biggest focus is the black market as it relates to the involvement of organized crime.

The OPP says its enforcement team is also continuing to work with online platform operators to remove illegal cannabis sites that are selling unsafe and unregulated cannabis products.

The only way to purchase legal cannabis in Ontario is through the online Ontario Cannabis Store or through a private retailer that’s been authorized by the Alcohol and Gaming Commission of Ontario. 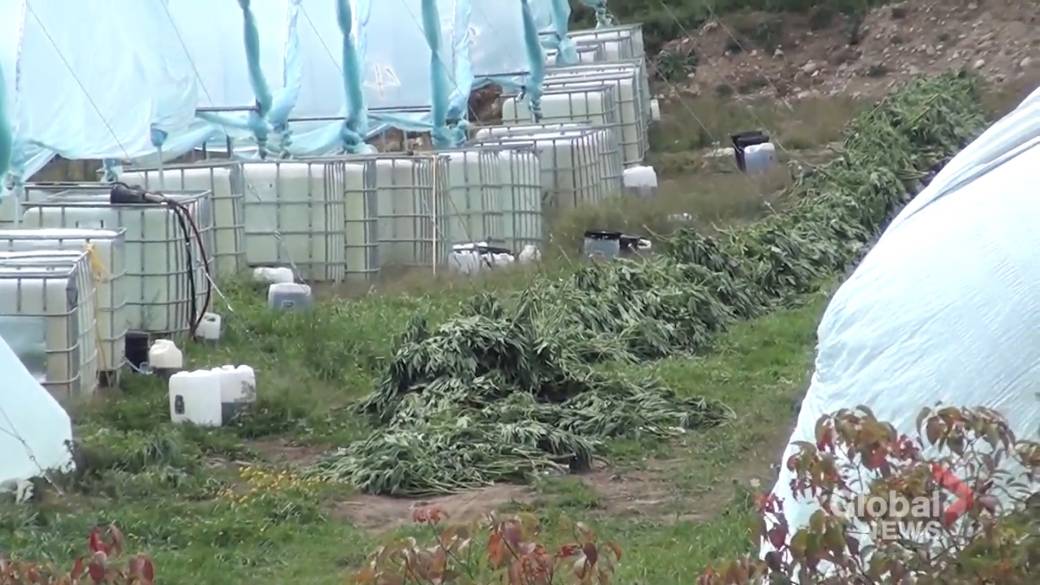