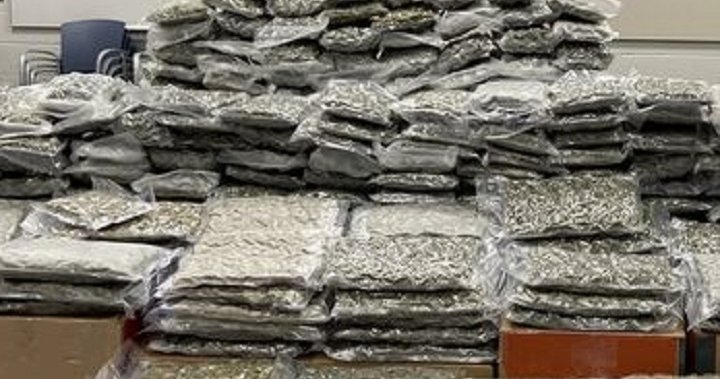 Toronto police say they have arrested six people in connection with a cannabis grow operation where officers seized 510 pounds of marijuana worth an estimated $2.3 million. Police said they responded to complaints from residents in the Markham Road and McNicoll Avenue area at around… Read More »6 charged in connection with alleged cannabis grow op in Toronto, $2.3M in pot seized – Toronto