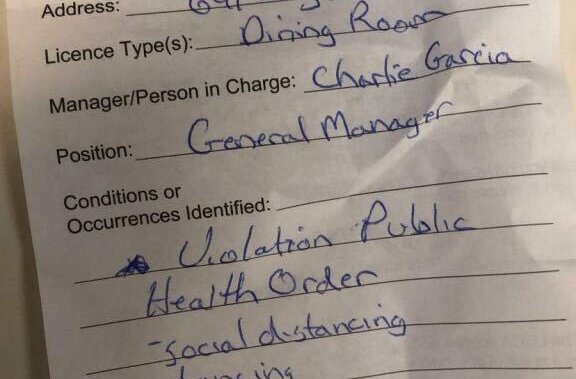 A Winnipeg restaurant owner is looking for answers after he was issued a fine for $2,542, after patrons were allegedly caught dancing and not social distancing inside his establishment early Saturday morning.

Shea Ritchie, owner of Chaise Corydon, is having trouble understanding the ticket issued by the Liquor, Gaming & Cannabis Authority of Manitoba (LGCA).

Dance floors haven’t been given the green light to reopen in Manitoba since the coronavirus pandemic forced them to close, but Chaise doesn’t have a dance floor.

“He (the inspector) said that he observed approximately four people who had stood up with their own group and were dancing among themselves,” Ritchie said.

Ritchie said the inspector told him because no one stopped them, it could have encouraged others to start dancing as well.

“I asked him (the inspector), ‘Which dance moves were they performing? How do you classify dancing?’” Ritche said.

“We have a bathroom in that area, so if someone’s waiting in line and they’re standing and they’re swaying to the beat, how do they want us to go about this?”

The second reason for the ticket, which was for patrons not social distancing, came after the inspector found a group of about 35 people gathered in one area of the restaurant.

“They weren’t spread out enough and it was his assumption that they weren’t part of the same group,” Richie said.

A party of 40 was booked for that night, according to Ritchie, who said he has text message proof of the large booking.

Read more:
Restaurants may never go back to ‘normal’ after COVID-19, experts say

Richie said he’d been taking all the necessary steps to ensure his restaurant is safe, such as using the DJ booth and other objects as barriers and has hired security to help manage crowds.

The LGCA said Ritchie appears to still be breaking the rules.

“With Chaise Corydon, an LGCA inspection on July 11 found that there were not proper measures in place to ensure physical distancing between patrons throughout the premises and that live entertainment with dancing was occurring,” a spokesperson for LGCA said in an emailed statement.

When asked about enforcing dancing inside restaurants, Dr. Brent Roussin, the province’s chief public health officer, said business owners have to figure out a way.

“I think that there’s a burden on businesses and businesses enforce all types of rules, their own policies, so this should be no exception to that,” Roussin said.

Ritchie also noted this latest ticket came from a new inspector to his restaurant. He has been vocal in the past about as many as 10 different inspectors coming around with different priorities.

Chaise Corydon was given a $2,542 ticket in June because tables and chairs were not spaced out properly.

Ritchie said he will be fighting both tickets. 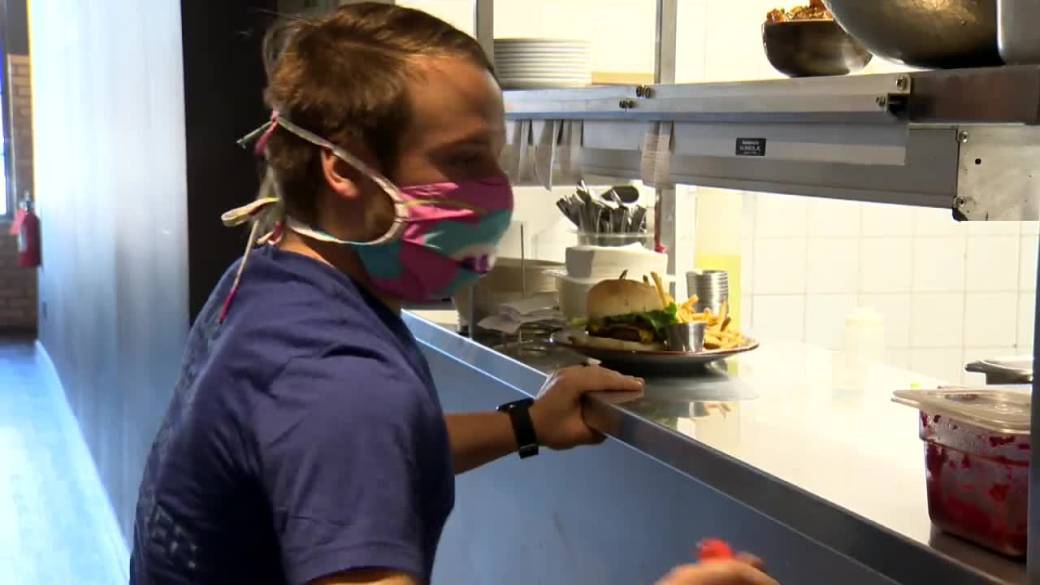