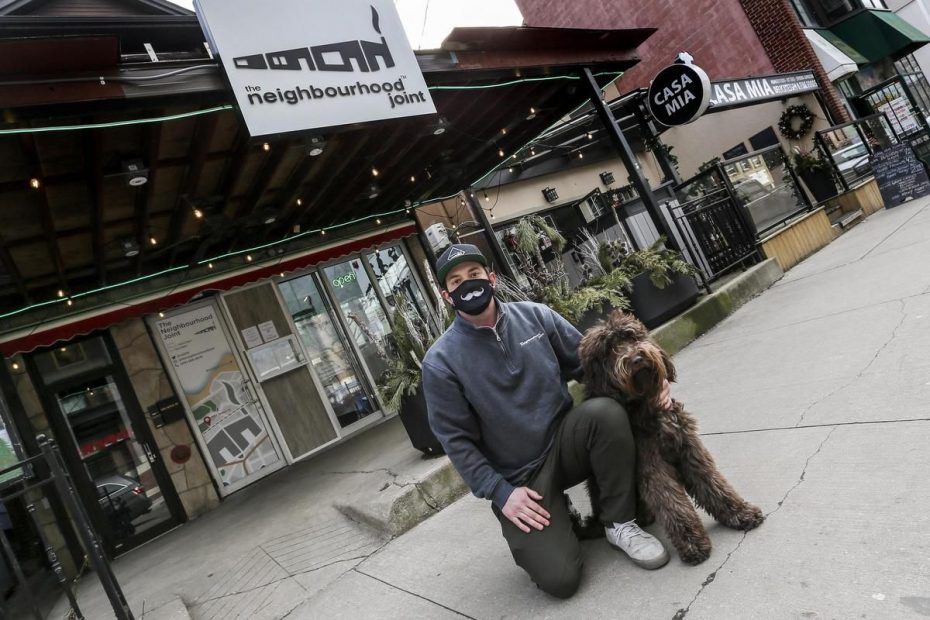 If you think you’ve seen a lot of new cannabis shops popping up around Toronto recently, it’s not all in your imagination.

While many businesses are struggling during the pandemic, new cannabis retailers keep opening in the city and across Ontario. Does that mean the industry, which struggled during 2020 with job losses and profitability, is out of the woods? Not necessarily.

Lisa Campbell, founder and CEO of cannabis sales and marketing company Mercari Agency, said that despite the sudden uptick in new stores, the biggest issue in that market right now is oversupply, relative to the number of shops.

“There’s a huge amount of lobbying on the industry front to increase the retail footprint, to increase access to address that oversupply issue,” she said.

Health Canada has been licensing a lot of suppliers, said Campbell, and this has put the pressure on Ontario to speed up the process of approving retail stores.

On Dec. 8, 2020, the Alcohol and Gaming Commission of Ontario announced that it would be doubling the number of cannabis retail store authorizations per month, from 40 to 80, after it went from 20 to 40 three months earlier.

According to the AGCO, as of Jan. 18, 2021, there are 359 authorized cannabis shops open in the province. One of those stores is The Neighbourhood Joint, which opened its doors in the Beach at the beginning of August 2020. Owned by a father-and-son duo, the store sports an unique system of pneumatic tubes for quick retrieval of stock.

Co-owner Andrew Rhodes said he and his father started planning and applying for the necessary licences just before the pandemic hit. By the time COVID-19 had shut down the city, it was clear there was “no going back,” he said, and they didn’t want to get pushed to the back of the line by waiting, so they pushed forward.

Once they opened their doors, Rhodes said business just kept going up — until the lockdown ended in-store shopping for cannabis retailers and thousands of other businesses provincewide. Then “things took a dive,” said Rhodes, though he’s optimistic that business will pick back up when normal shopping can resume.

Rhodes and Campbell said because of federal marketing restrictions, small cannabis retailers have to get creative to get their names out there. Many look for something to set them apart and garner media attention, said Campbell, like the pneumatic tubes in Rhodes’ store.

However, one of the tools at these businesses’ disposal — social media — was recently pulled from their hands. Near the end of 2020, Instagram did a big “purge” of cannabis-related accounts, said Rhodes, from producers to retailers. His store’s account was among the victims, and its loss “definitely hurt our overall presence.”

Campbell said many new Ontario retailers — especially small, independent ones — struggle to break into the market, faced with stiff competition from not only established stores, but also the illicit market. Those that opened during the pandemic face further challenges, deprived of foot traffic and limited in how they can market themselves.

The ability to deliver, granted during the pandemic, is helpful, added Campbell, but she and Rhodes hope it will be made permanent, like the province did for restaurants delivering alcohol. She also noted that the price of legal cannabis has been going down, likely in competition with the illicit market.

Cannabis sales have climbed throughout the pandemic, according to Statistics Canada: in last October, the country’s total reached $270 million, after a steady increase for months from $201 million in June. In Ontario, the surge was steeper: from almost $49 million to almost $84 million in the same period.

George Smitherman, president and CEO of the Cannabis Council of Canada, said the rise in retailers is a “really critical piece” of the move into legal cannabis, but there’s a lot more growth left before it’s readily accessible to everyone. Once stores can reopen for in-store shopping, he predicts more retailers will look to specialize.

Rade Kovacevic, chief product officer at Canopy Growth, said the company has noticed a few sales trends during the pandemic — bulk buying, interest in new ways to consume cannabis, and more CBD-only products (CBD is the non-psychoactive compound in marijuana). In that time, he said, Canopy Growth has seen a month-over-month upward sales trend of around five per cent.

“I think cannabis is one of those products that has weathered the pandemic storm,” he said, noting the increase of retail stores, among them several of Canopy’s own shops — the company is opening nine new Tokyo Smoke locations across the province this month. “I think that consumer confidence in the legal industry continues to grow.”

Rhodes agreed and said he thinks increased access to cannabis, the improvements in legal prices, and the rising quality of legal products will all contribute to people being more open to transitioning from the illicit market to the legal market.

“After COVID, we’ll have stores on pretty much every block,” he said, adding that he’s interested to see how the market will regulate itself once it becomes oversaturated, which he predicts it will.