The U.S. election could change the cannabis industry. Is Canada ready? – National 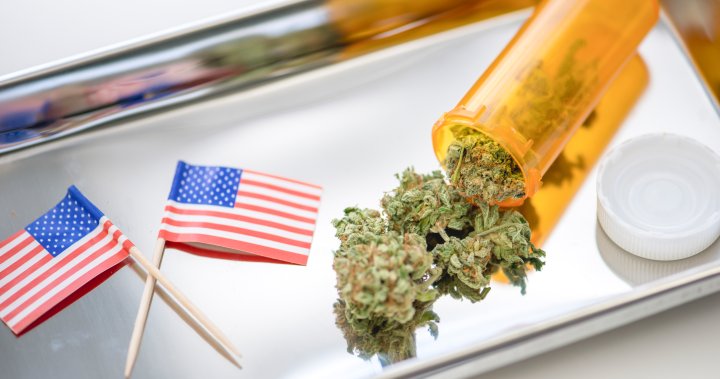 As Americans cast their ballots in one of the most acrimonious U.S. elections in history, Canada’s cannabis industry is salivating on the sidelines.

Read more:
‘It could be a mess’ — Why U.S. election results could be delayed days or weeks

Polls show U.S. public opinion has turned around on the issue of legalization, with a majority of adults now saying cannabis should be legal for both medical and recreational purposes. Republican lawmakers have sponsored marijuana legislation and co-chaired, along with Democrats, the U.S. Congress’s Cannabis Caucus.

3:31
What you need to know about cannabis edibles

What you need to know about cannabis edibles

The incentives to lift restrictions on cannabis have only increased during the COVID-19 pandemic. For U.S. states battered by the economic downturn triggered by the outbreak, the industry is a source of both jobs and tax revenues.

For many, legalization has also become an issue of social justice, with the war on drugs now seen as a key driver of disproportionately higher rates of incarceration among Black and Brown Americans.

But restrictions could lift even if President Donald Trump is re-elected and Republicans keep control of the Senate. Five states will vote on legalizing medical or recreational marijuana — or both. That includes New Jersey and Arizona, which are projected to generate sales of up to $400 million each for the recreational market just in the first year, according to estimates by Marijuana Business Daily.

To say that Canada’s cannabis producers have been waiting for Nov. 3 with trepidation would be an understatement. Household names such as Canopy Growth and Aurora Cannabis, both of which are traded on the New York Stock Exchange, say they’re ready to make the most of whatever opportunity materializes. 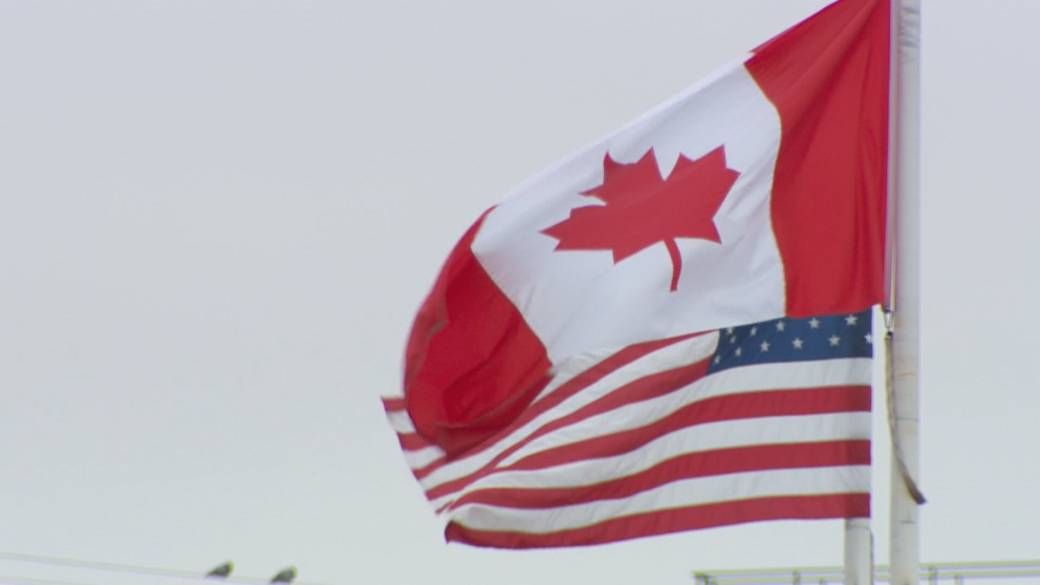 3:28
A Biden presidency to bring ‘normalcy’ in Canada-U.S. relations: expert

A Biden presidency to bring ‘normalcy’ in Canada-U.S. relations: expert

Biden and running mate Sen. Kamala Harris favour legalizing medical marijuana and reclassifying cannabis, which federal law currently treats as something akin to heroin and ecstasy. They also support decriminalizing recreational marijuana, which would eliminate jail time for possession under a certain amount, and expunging all previous cannabis convictions.

And the Democratic presidential ticket says it will leave it up to the states to regulate cannabis for adult use.

Biden has so far stopped short of endorsing federal legalization of recreational marijuana. But a Biden White House might still be persuaded to do just that, says Chris Walsh, CEO and president of Marijuana Business Daily.

Biden’s views on cannabis have already changed significantly, Walsh says, and could shift even more as lawmakers from big, influential states make the case for legalization.

“That could sway him significantly,” he says.

There are also many ways in which Washington could de-facto legalize cannabis without quite saying so, Walsh says.

In addition to reclassifying and decriminalizing cannabis, the federal government could change the banking laws, which currently prevent the industry from accessing a range of mainstream financial services, Walsh says.

Those measures, taken together, “would accomplish much of what legalization would,” Walsh says. 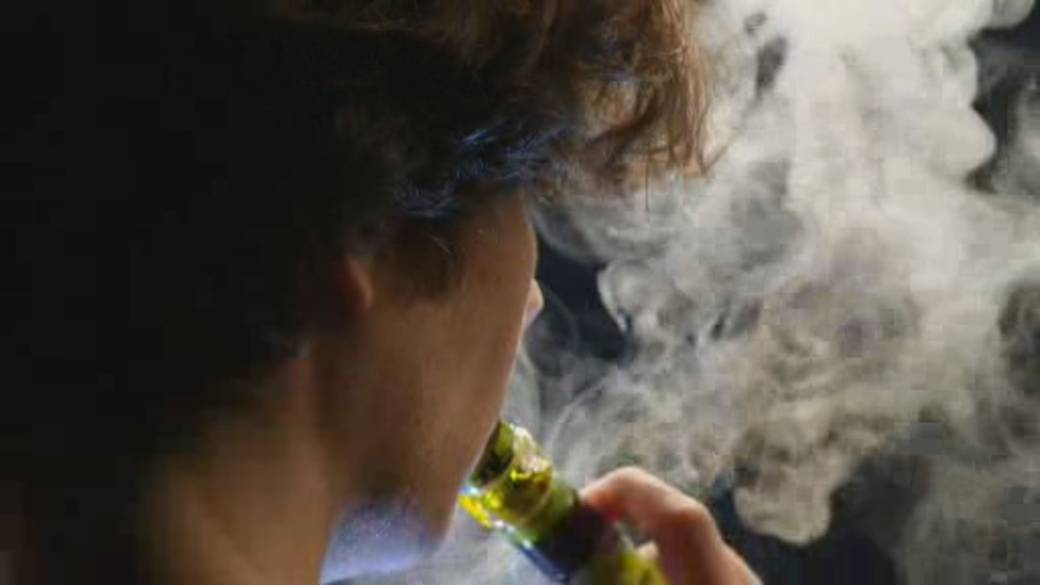 Even without much change coming from Washington, the state ballots could make a significant difference, according to Walsh.

Mississippi voters will decide on a medical marijuana program. South Dakota will be voting on both medical and recreational legalization. And Montana, Arizona and New Jersey have ballot initiatives on legalizing recreational cannabis.

New Jersey, in particular, is seen as a crucial vote, with cannabis advocates hoping legalization there will trigger a domino effect in the state’s populous neighbours.

If adult-use cannabis becomes legal in New Jersey, Pennsylvania and New York state would have to “think long and hard about what they do,” says David Culver, U.S. head of government and stakeholder relations for Canopy Growth.

“They want to make sure that they’re capturing the tax revenue associated with cannabis, the general economic impact and the jobs, because they’re going to be significant,” Culver says.

In general, legalization across an ever-larger number of states continues to shift the public perceptions on cannabis, showcases the tax-revenue potential of the industry and forces a growing number of federal lawmakers to reconsider their stance on the issue, Culver says.

If the legalization initiative passes in South Dakota, for example, “you’re going to see the federally elected officials, which are all Republican, have to take a second look at cannabis to try to figure out what their policy position is going to be,” he says.

If all five measures pass, medical use of marijuana will be legal in 38 states, plus Washington, D.C. and Puerto Rico, and adult-use in 14 of those, plus D.C. 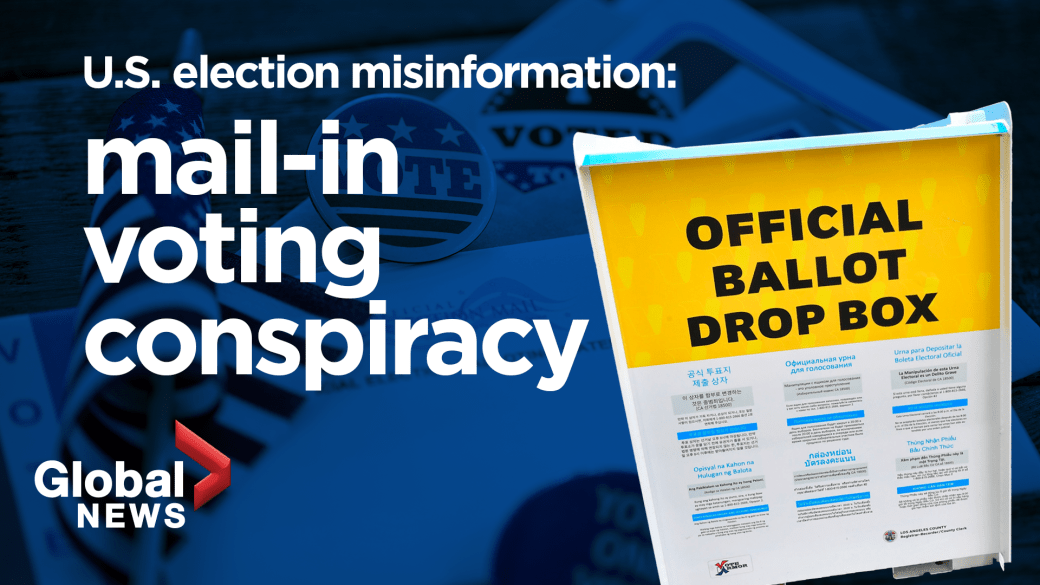 3:38
US election misinformation: How foreign interference, voter fraud conspiracies could affect the polls

US election misinformation: How foreign interference, voter fraud conspiracies could affect the polls

Does Canada still have a competitive advantage?

Canada’s major cannabis producers are studying various election outcomes as they weigh their next move.

For Canopy, it would green-light the acquisition of Acreage Holdings, an American cannabis chain. That would give Canopy, which has a policy of only operating in markets where cannabis use is federally permitted, a ready-made foothold in the U.S. market.

Down the line, legal recreational marijuana will likely attract deals and link-ups from a variety of industries, Walsh says.

“Once those floodgates open, you’re going to see a mad rush,” he says. “Beverage companies, tobacco companies, food companies, mainstream industries, Big Tech, Big Ag (agriculture) will come in at a much higher level than they have so far in the U.S.”

Aurora CEO Miguel Martin believes Canadian producers will have an edge in the race to conquer that new market.

After two years of operating under Canada’s federal cannabis framework, the country’s marijuana industry has gained valuable experience, according to Martin.

“Those lessons on manufacturing, labelling, sales and marketing, all of those principles … will be very applicable to the U.S. market,” he says.

Not everyone is so optimistic, however.

In Brad Poulos’s eyes, Canada has squandered the opportunity to develop a lasting competitive advantage in the global cannabis market.

“The Americans have the advantage,” says Poulos, a consultant and professor of entrepreneurship and strategy at Ryerson University in Toronto. “They are allowed to do everything that it takes to create a world-class cannabis brand.”

In Canada, he says, the rules on advertising of marijuana products are so stringent they’ve made it impossible for the industry to develop global cannabis brands, he says.

Walsh, though, is more upbeat.

Working under a federal legal framework means Canadian companies have often been able to attract better talent than in the U.S., where working in the industry still carries a stigma, he says.

And Canada’s marijuana producers have also been able to tap the U.S. capital markets, while American companies often still struggle to attract funding in a sector with high up-start costs, he notes.